The Company is owned by Music Group, the Midas keeper Behringer, Turbosound, TC Electronics and others.

Lab Gruppen found its origin in 1979 under the brilliance of Kenneth Andersson and Dan Bävholm. Being in acquaintance since school times, both Andersson and Bavholm shared a common interest in electronics.

Andersson and Bävholm’s primary project was a hand-made mixing console used as one of the parts of the Front of House equipment for a concert by Eartha Kitt. Later on, they proceeded to create other mixers and a series of guitar heads and combos.

The further productions of mixers and guitar amplifiers continued randomly through the official establishment of Lab Gruppen in 1979.

The Company formed inside a local hi-fi store, Andersson and Bavholm serviced consumer equipment for supplementary earnings. It also paved the way for the invention of Lab Gruppen’s first professional audio power amplifier.

Between the LAB 4000 and fP Series 6400, Lab Gruppen seared to great heights in advancements and refinements of their products.

The LAB Series was intensely examined and accordingly enhanced to become the fP range subsequently. Further, fP designs were customized to satisfy the regulations of new EMC standards in Europe.

In 2004, the Company moved its headquarters to Faktorvägen, Sweden.

Back in 1998, Lab Gruppen engineers undertook the long-term development of a new stereo power amplifier platform proposed to have four bridgeable amplifier channels and an integrated monitoring and control network.

The necessary technology of both the power supply and output stages developed based on fP range, but with significant enhancements to reduce the number of components required.

The PLM Series was the first Lake processor with integrated amplification. By late 2008, Lab Gruppen, with the release of the PLM series, acquired the exclusive proprietorship rights to the Lake brand and the Lake processing for professional applications in touring and fixed installations in around late 2008.

The E Series, launched in 2011, was the first amplifier range with more than 200 W per channel, thus to have secured the Energy Star approval.

However, in 2013, more of such amplifiers with Energy Star were added with the LUCIA models.

In 2014, Lab Gruppen launched D Series for installations with audio over the network and the PLM+ series as a descendent of the PLM Series.

In 2015, Music Group acquired Lab Gruppen and the other brands of TC Group.

In 2016, Lab Gruppen expanded the E and LUCIA product lines increasing it to 15 models with Energy Star.

With 35 years of historical innovation, the Lab Gruppen brand has grown out of the fundamental principles of the Company’s founders as a stereo power amplifier company built on pioneering engineering design to deliver the best results for users and audiences alike profiteering or cutting corners.

Designed and engineered in Sweden, it upholds a remarkable fusion of two great features, signal processing from Lake and power amplification from Lab Gruppen.

The FP series power amplifiers include 4 and 2 channel stereo amplifiers with NomadLink Network Monitoring and a dedicated control for touring applications. Designed and engineered in Sweden, these stereo power amplifiers come with removable dust filter grilles for increased air circulation.

IPD series include compact 1200 or 2400 watt 2-channel DSP controlled power amplifiers. These are majorly used for touring applications and are ideal for power conservations as they draw low mains current.

Designed and engineered in Sweden, these stereo power amplifiers provide extraordinary flexibility, extensive functionality and features for a universal solution.

E series comes with 4 or 2 channel stereo amplifiers for installation applications. With the Energy Star certification, they are energy efficient and provide low lifetime running costs. Designed and engineered in Sweden, its temperature-controlled fan with front to back airflow provides for efficient cooling.

“It’s very apparent that FP+ amps have total control over the loudspeakers that they are driving. The low end is powerful and very tight without slop or hangover, while the mid and high frequencies are as clearly defined and transparent as the input signal.

Background noise is present only if your source is generating it. Using the FP10000Q allows stereo bi-amping with one power amp that a single person can lift.”

We offer free shipping to any location in India, including Bengaluru, Chennai, Hyderabad, Guntur, Vijaywada, Vizag and Pune. 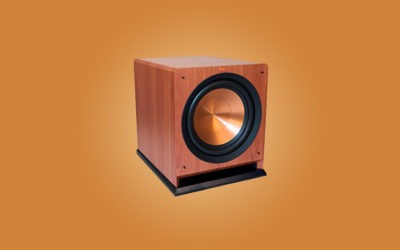